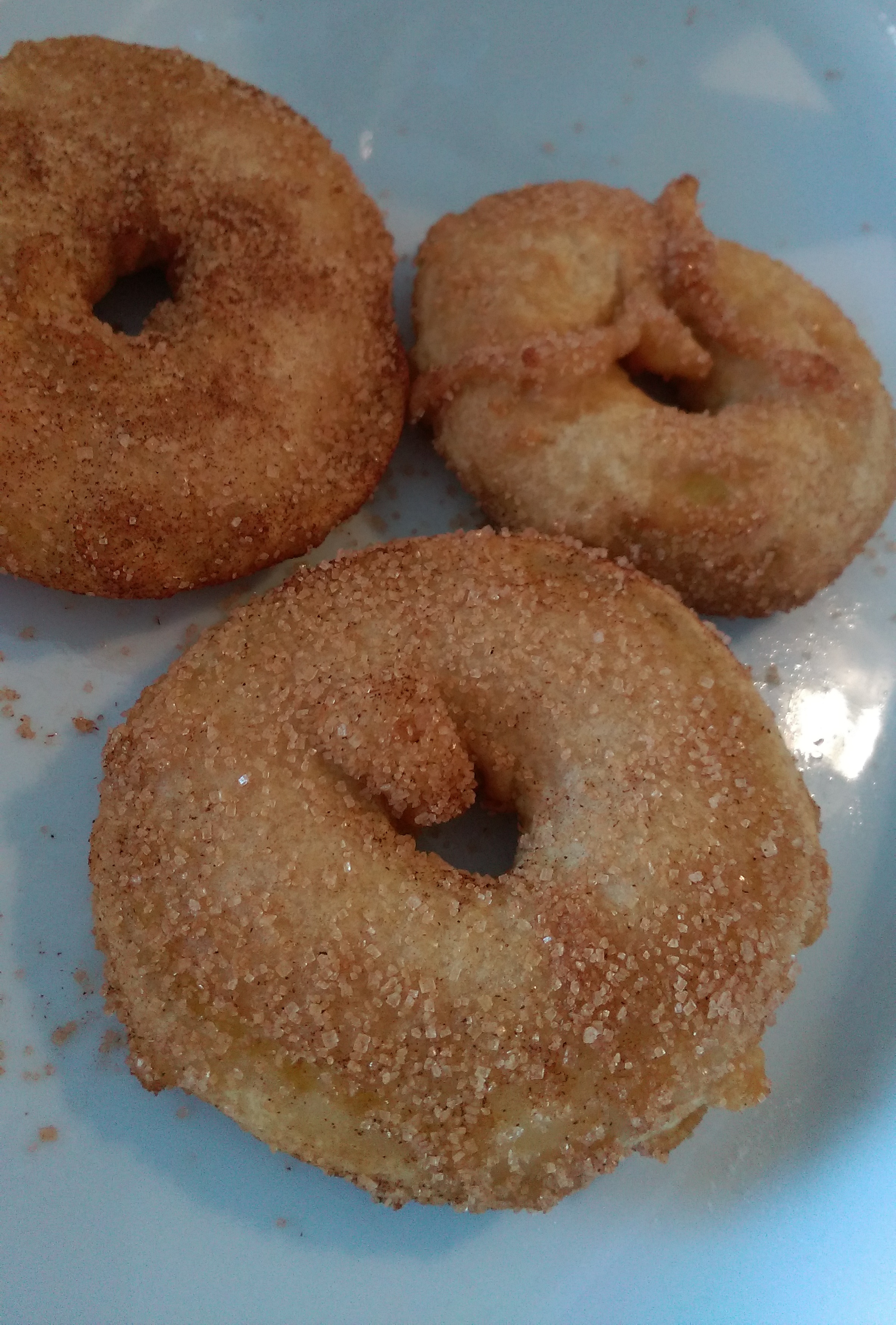 In my last post, about the Oliebollen, I told you about other Dutch delights that are sold at carnivals. One of these delicacies are Appelbeignets. Appelbeignets are apple slices covered in batter, deep fried and rolled in cinnamon sugar.

The batter is traditionally made with dark beer or brown ale, but can also be made with milk.

Beignet is a French word meaning “donut” or “fritter”. Some prefer to make their appelbeignets like appelflappen, covered in dough instead of batter.

Whisk the eggs with half of the beer. Sift the flour and the baking powder and stir in the beer. Don’t whisk, you want as little air bubbles as possible. Add in the rest of the beer and stir until smooth.

Remove the apple cores and cut into slices of about 1 cm thickness. 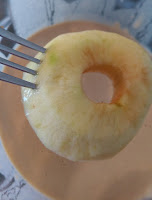 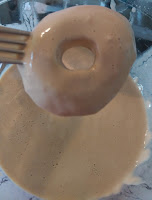 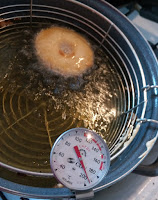 Heat the oil to 190°C and mix the cinnamon and sugar in a bowl. Use a skewer or fork to dip the slices into the batter and fry until golden brown, about 3 minutes. Turn them over after 1,5 minutes. 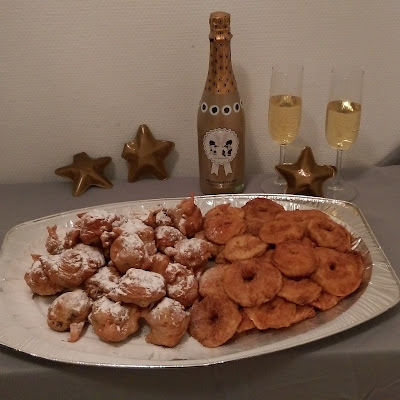