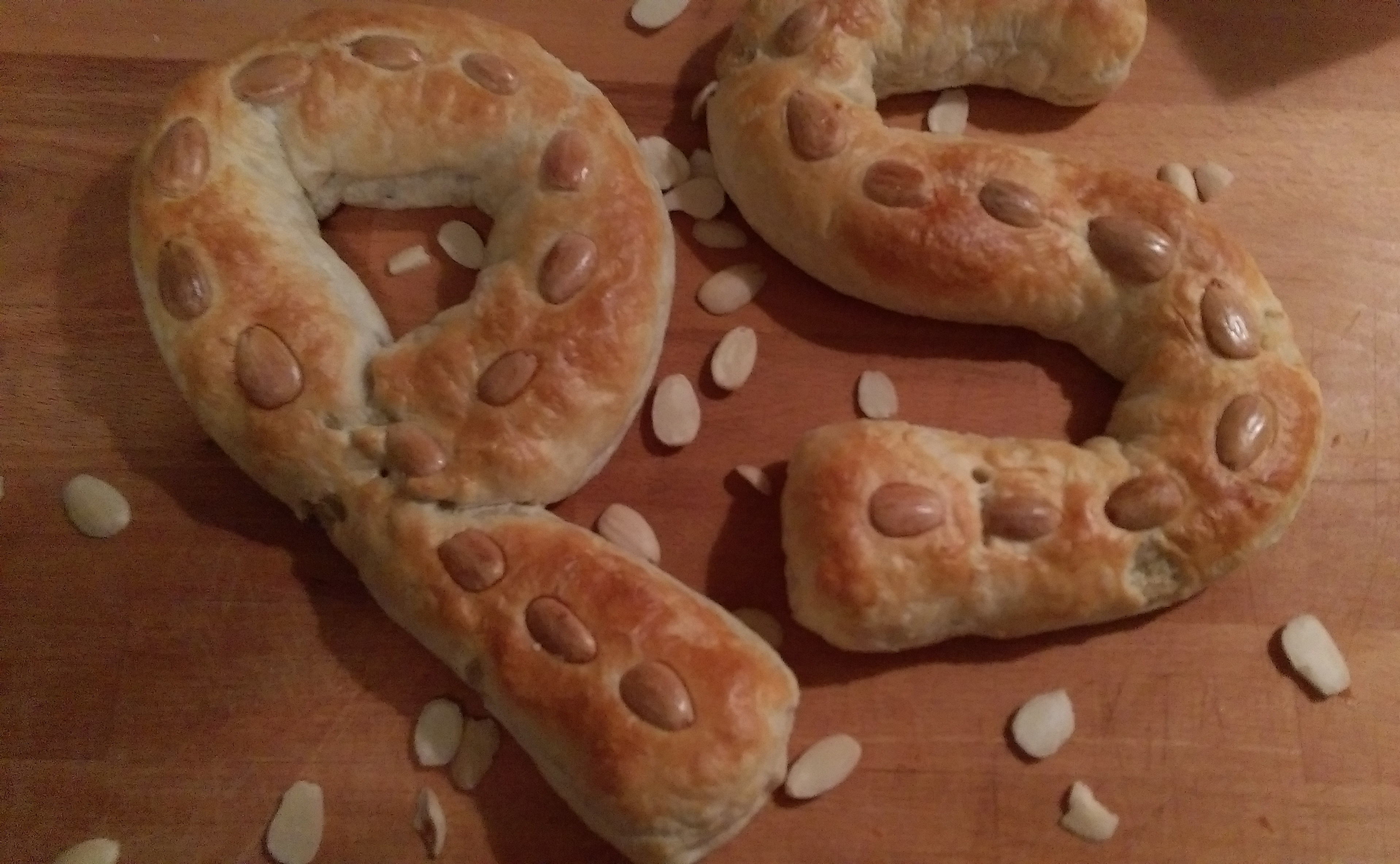 The “boterletter”, literally translated: butter letter, is another Dutch delicacy in the dark winter months. Mostly consumed during the Sinterklaas night on the 5h of December, but again it’s available from mid September until late January. It is a simple pastry filled with an almond paste, shaped into a letter. Usually this is an “S”, “O” or “M”, but it’s only limited by your own imagination. You could even spell out “Merry Christmas” if you like.

I use store bought puff pastry, as you all know I am a lazy baker and making your own puff pastry is a lot of work. It is on the list of things I want to try though, so who knows, maybe in the future I’ll add the recipe. I used a big sheet of 40x30cm and cut it in half.

Almond paste is not the same thing as marzipan!

Marzipan is made with icing sugar, while almond paste is made with regular sugar. They taste and smell the same apart from the optional orange blossom water, but the texture is significantly different. 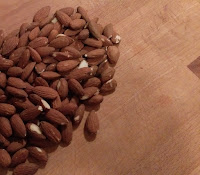 Soak the almonds in boiling water for one minute and then rinse them with cold water.

Drain the almonds, shake off excess water and put them on a clean towel. 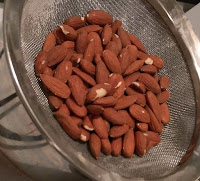 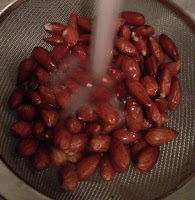 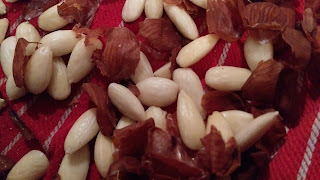 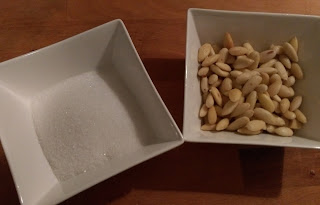 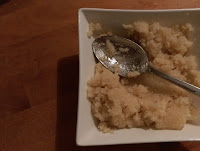 Add the egg white first and mix until it’s sticky and shape-able. If the paste is too dry, add the yolk too. Taste and add a little lemon juice if desired. Remove the paste and wrap it firmly in clingfilm. This paste needs to be baked before consumption, because of the raw egg. Store in fridge until use, keeps for about two days in the fridge, but use asap.

If you don’t want to use raw eggs and don’t have access to pasteurized egg whites like I do, or if you want a vegan version, simply use this:

Take the almond paste out of the fridge. Preheat the oven at 200°C. 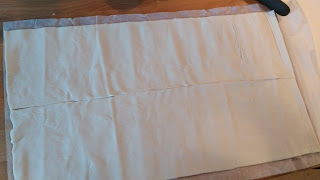 Roll out the puff pastry into a rectangle of approximately 40 x 12 cm, on a sheet of greaseproof paper. I used store bought pastry of 40x30cm and cut it lengthwise. Shape the almond paste into a roll of 36cm and add it to the dough. Beat the egg and brush the edges with the egg mixture.

Start by folding in the sides, then roll the dough leaving the seem at the bottom. Shape into any shape desired. Your creation is only limited by your own imagination 😉 I created two letters, an “S” and a “P”. 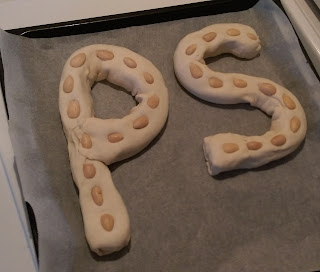 Transfer the butter letter onto a baking sheet and press the almonds into the dough. This is optional, I like to show what’s inside my pastries on the outside. Brush the entire roll with the leftover egg or milk and bake for 20 minutes until golden brown and crispy. 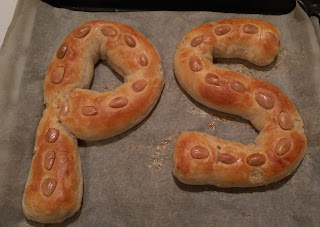 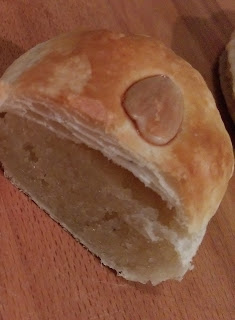