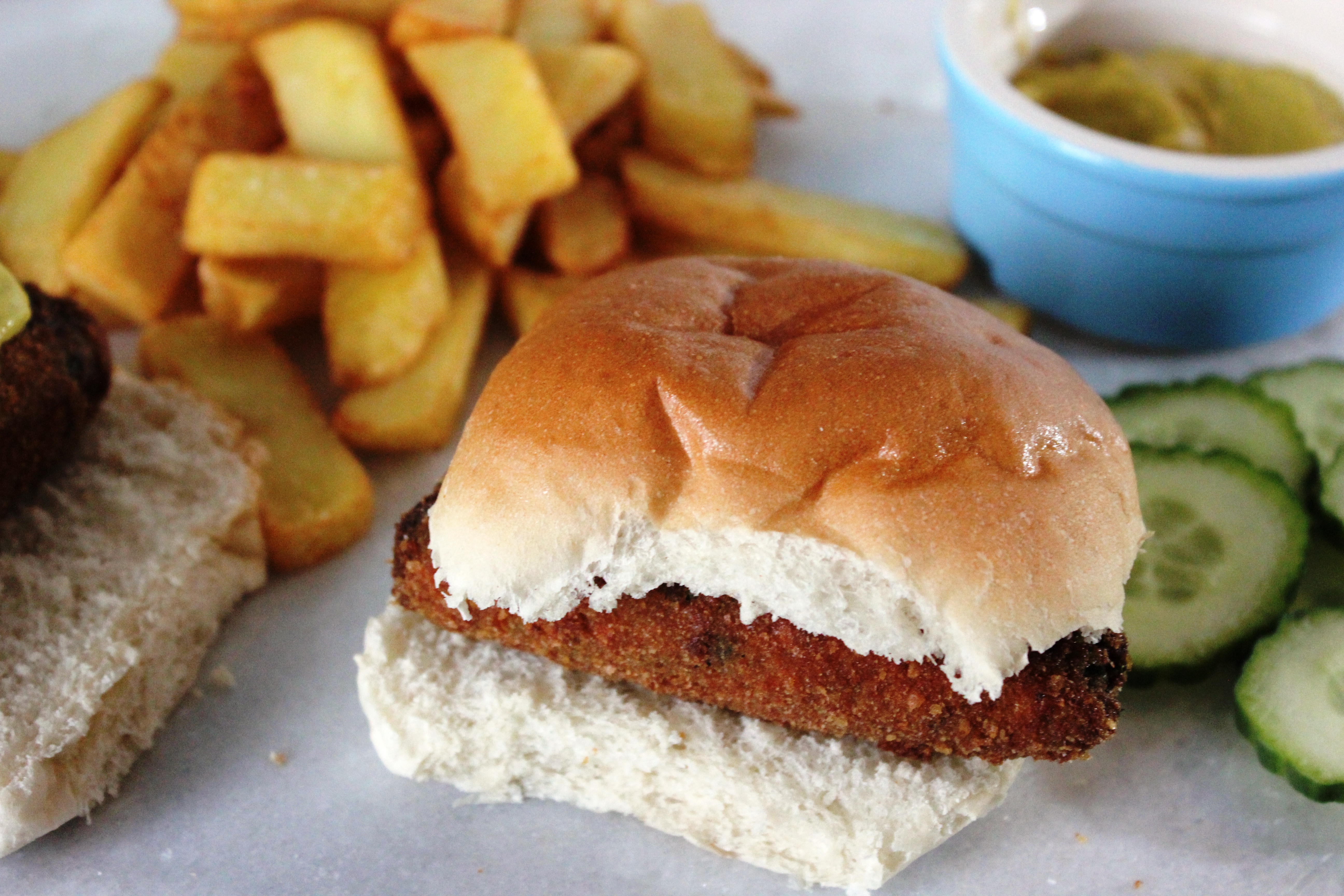 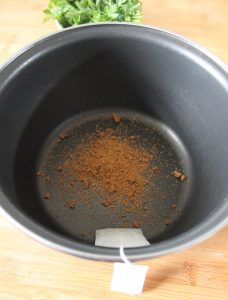 Slowly bring the water, broth tabs and meat to a boil and let it simmer for an hour. Make sure the broth doesn’t boil dry! You need 400 ml to make the croquettes. 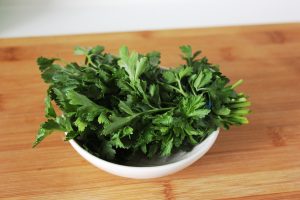 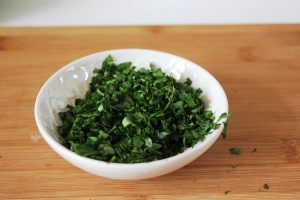 Chop the parsley very finely. Sieve the broth and save 400ml, you can use the rest to make a soup. 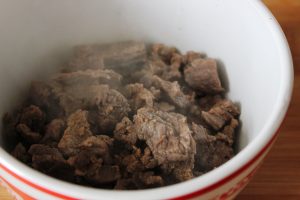 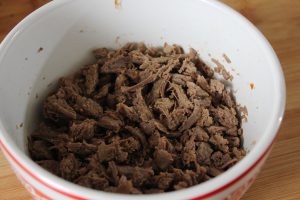 Use two forks to make pulled beef from your soup meat. If you used small pieces of meat you can also use your hands. 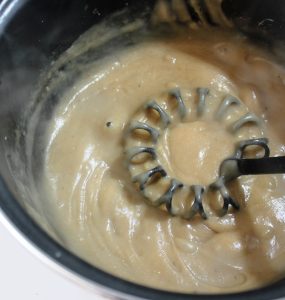 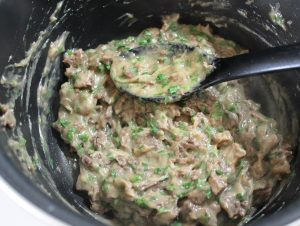 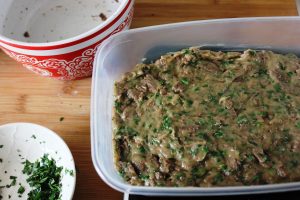 Melt the butter in a saucepan, stir in the flour and cook for 2 minutes. Stir in the broth in one thin stream and keep stirring until you have a smooth sauce. Add the meat and parsley, then cook for 2 more minutes. Add pepper, salt and nutmeg to taste. Put the sauce in a deep plate or container and put it in the fridge for at least 2 hours. 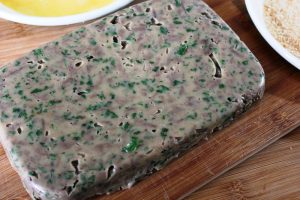 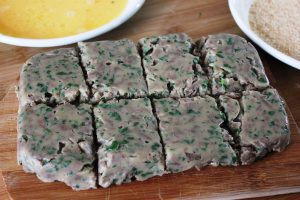 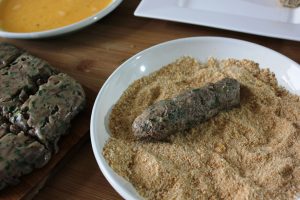 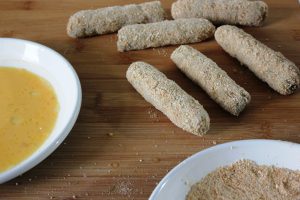 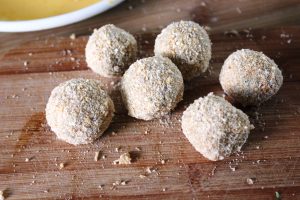 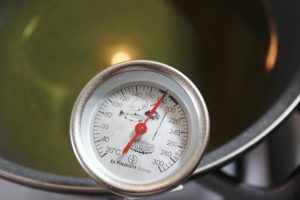 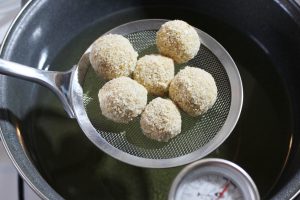 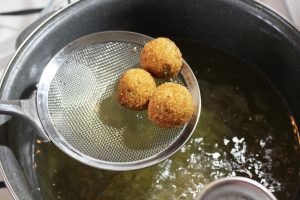 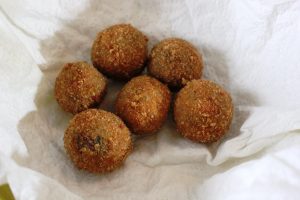 Preheat the oil to 180°C. Fry the frozen croquettes for about 4 minutes and the balls for frozen 2,5 minutes. Fry the croquettes and balls out of the fridge until brown and crispy.  Enjoy with mustard on a bun, for a real McKroket! 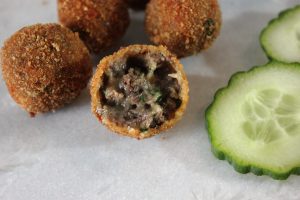 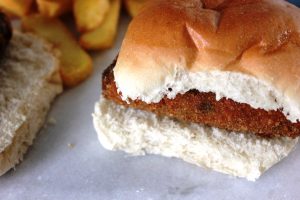 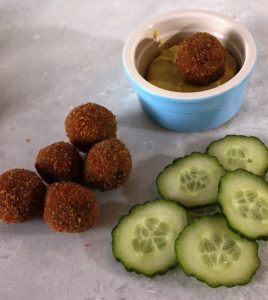