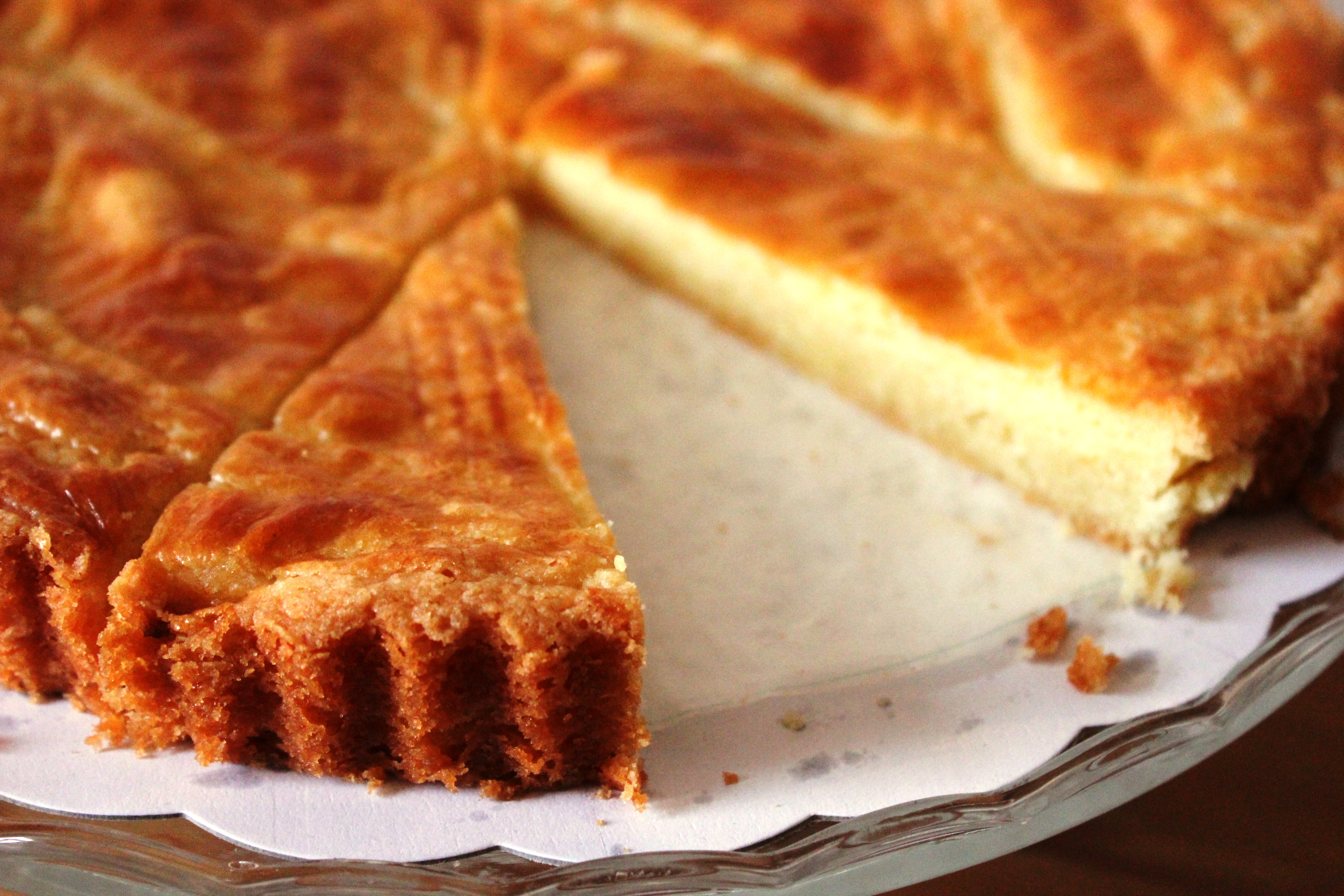 In the 1930’s the pastry became more popular outside of the Dutch-Jewish community, even though it was seen as food for the poor. It wasn’t served in the upper class cafe’s. Nowadays it’s a recipe that’s part of the Dutch cuisine and enjoyed by everyone.

It’s a recipe that is very suitable for the inexperienced baker and waiting for you on the counter within half an hour. 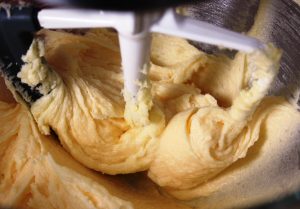 Preheat the oven to180 °C. Mix butter and sugar until creamy and stir in the salt and an egg. Fold in the flour and knead it into a dough. Grease a baking pan and line it with parchment paper. Press the dough into the pan and flatten it with the back of a wet spoon. 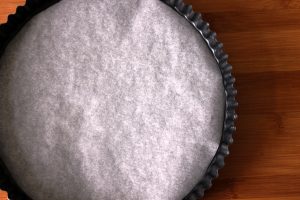 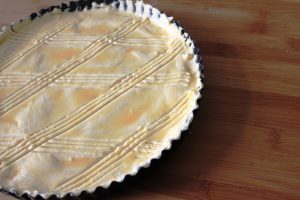 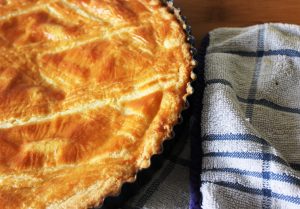 Whisk the remaining egg and brush it on top of the cake, don’t be shy! Use a fork to create a pattern on top. Sprinkle the cake with almond shavings if you like and bake it for about 25 minutes until golden.

Cut the cake in small pieces, because it’s not for the faint heated! Serve with a big cup of coffee. 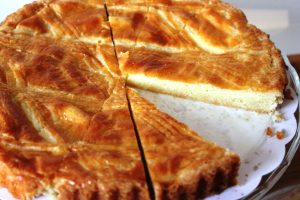