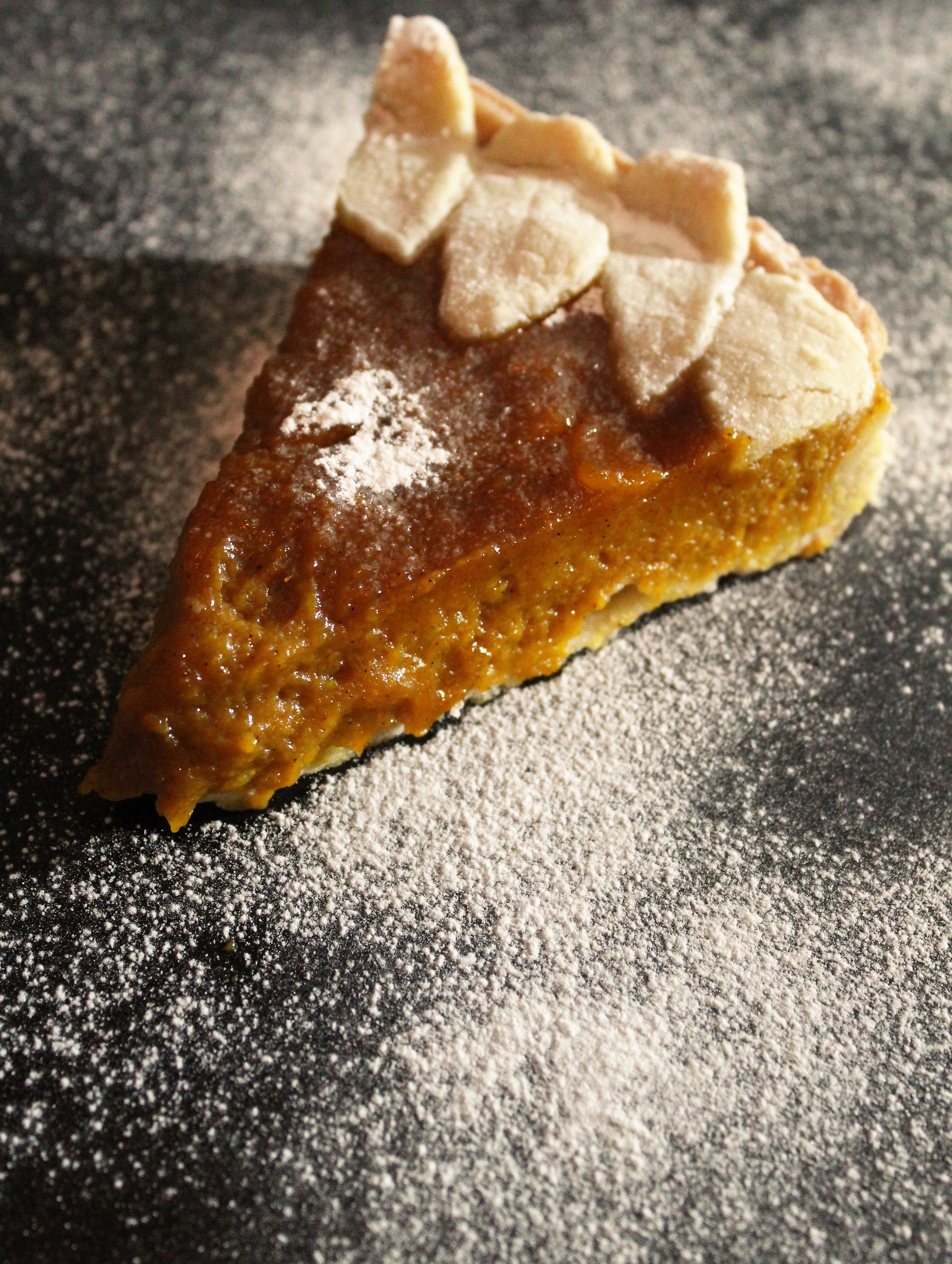 Yesterday was Friday the 13th and it’s mid October, so this calls for a pumpkin recipe! I wanted to make pumpkin pie for almost two years now, but somehow never got around to it.

Pumpkin pie spice is an American spice mix commonly used as an ingredient in, you guessed it, pumpkin pie. Pumpkin spice is similar to the Dutch speculaas spices. It is generally a blend of ground cinnamon, nutmeg, ginger, cloves, and allspice. It is very popular in the Starbucks season special Pumpkin Spice Latte.

A “Pompkin” recipe calling for a similar spice mix (mace, nutmeg and ginger) can be found as far back as 1796 in the first known published American cookbook, American Cookery by Amelia Simmons. Pumpkin pie spice has been referenced in cookbooks dating to the 1890’s. 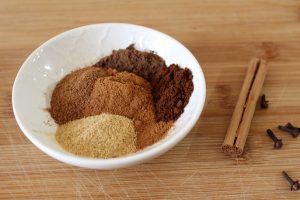 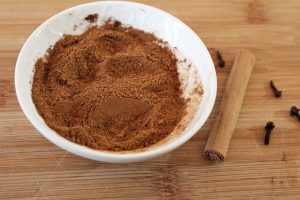 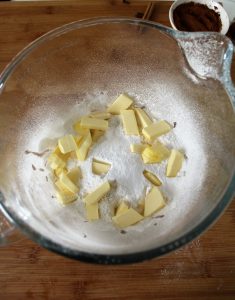 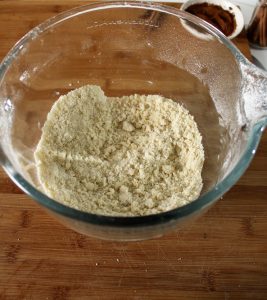 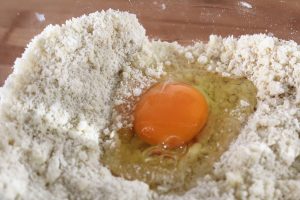 Sift flour and icing sugar in a large bowl and put the cold butter into cubes. Knead in the butter until the mixture resembles breadcrumbs. Add the egg and knead until it sticks together and forms a ball. You can add a splash of milk if it needs more moisture, or add a bit of flour if it is too moist. If the dough sticks together it’s done, don’t knead too long because the crust will be too elastic instead of biscuity. 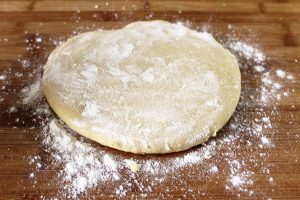 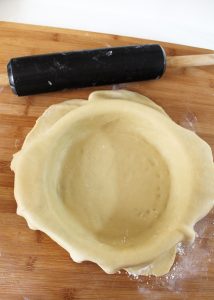 Dust your countertop with flour and dust the dough too. Press the dough down into a big disc, wrap it with cling film and let it rest in the fridge for 30 minutes.  Grease a pie pan of 25-30 cm and dust with flour. Dust your countertop with flour and roll out the dough until it’s about 0.5cm in thickness. Wrap the dough around your rollingpin and roll it out over your pie pan. Press the dough into the pan and cut off the excess dough. Use a fork to make holes in the dough to let steam escape and cover it with parchment paper. Put it in the fridge for about 30 minutes to rest. Preheat the oven to 180°C. 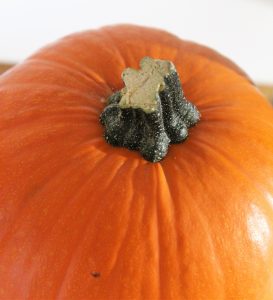 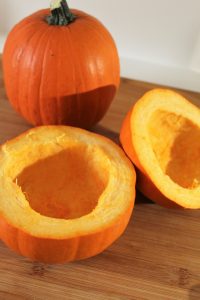 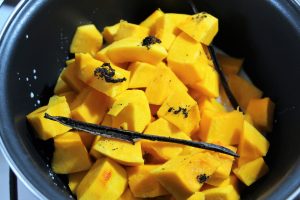 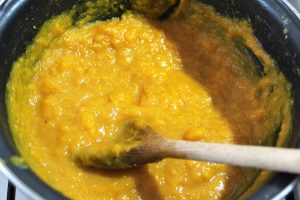 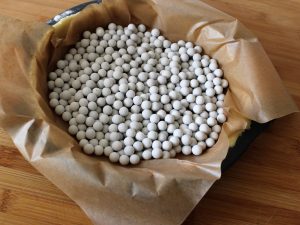 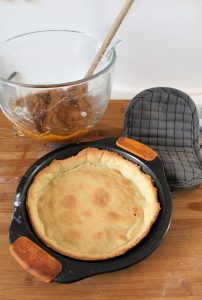 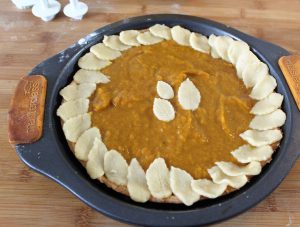 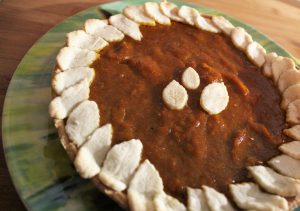 Whisk the eggs and mix them with the pumpkin filling. Pour the mixture into your crust and use your leftover dough to decorate your pie. Bake the pie for about 30 minutes, until the filling has set. Let the pumpkin pie cool completely. Mix the sugar and spices, serve your pie with whipped cream or crème fraîche and sprinkle with sugar&spice. 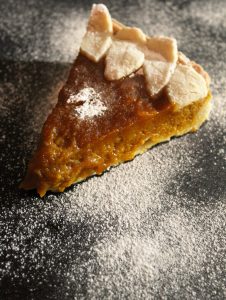 I had leftover filling and leftover crust, so I made mini pumpkin pies too! For this I baked the crust for 10 minutes total and still baked the filling for 30 minutes. 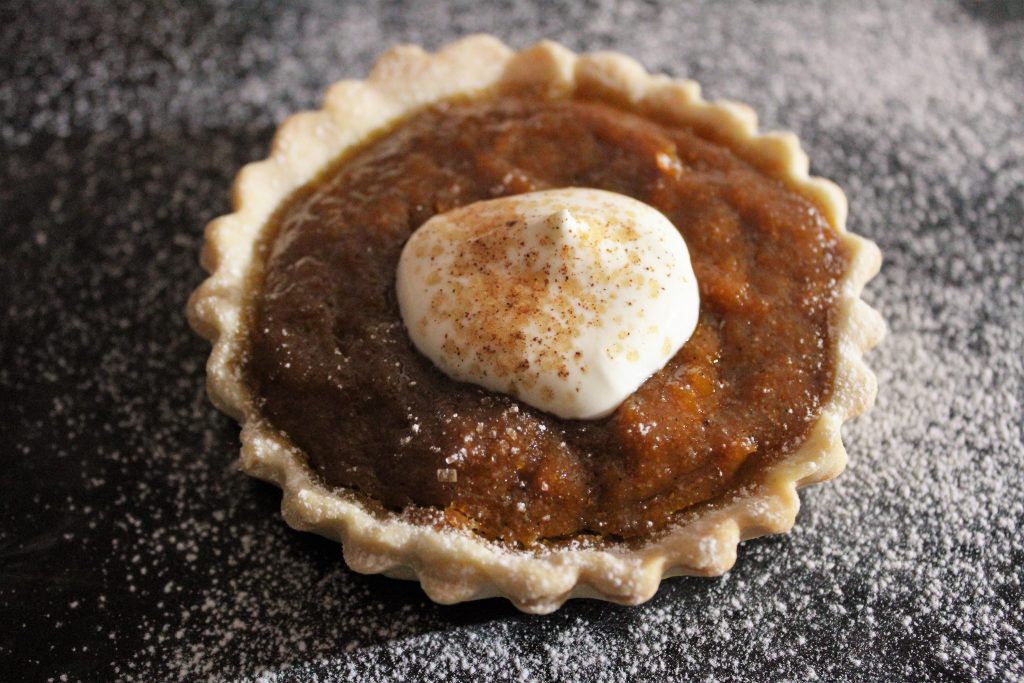