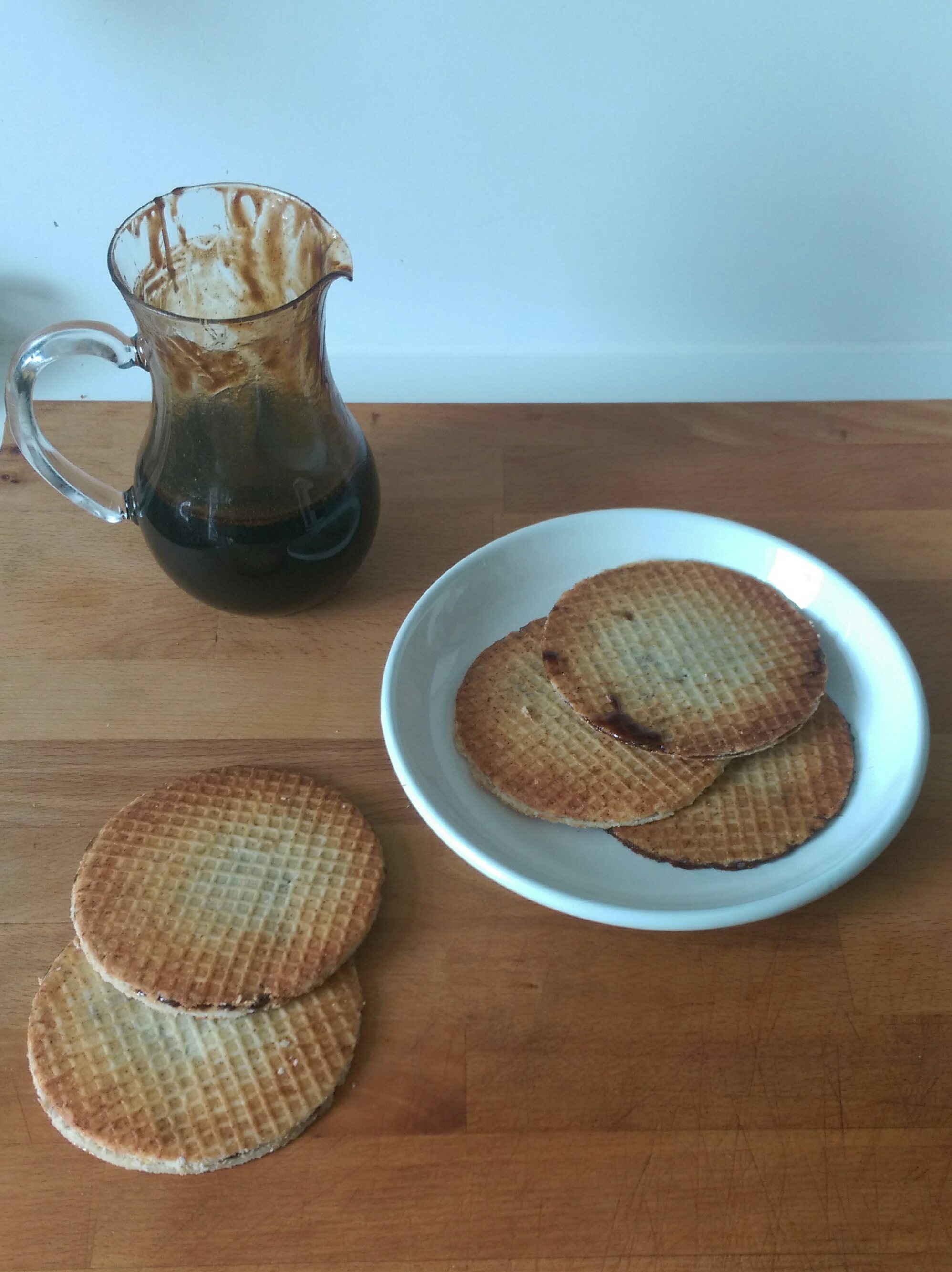 The recipe you have all been waiting for: Stroopwafels aka Dutch Waffles! Stroopwafels are two waffle halves filled with a caramel-like syrup. They are often sold at fairs and flea markets.

I used a waffle cone maker to bake the waffles, I have not yet found a way to make them without it. Maybe this would be a good excuse to buy one, as summer is only two months away and who wouldn’t like their ice cream in a freshly baked cone? For my Dutch readers, try searching for a “kniepertjesijzer” 😉

Mix the flour, butter, sugar, yeast, milk and egg together and knead it into a smooth dough. It might feel a bit too “buttery”, but that’s the way it’s supposed to be. Dust a bowl with flour, add the dough and cover in cling film or a damp cloth. Let it rise for an hour.

To create the caramel filling, add the water, salt and sugar to a saucepan. Place the pan on medium heat and stir until all the sugar has dissolved. Then add the cinnamon and bring the sugar to a boil, boil for about 4 minutes. Carefully add the cubes of butter one by one and stir until it has melted completely. Remove the pan from the heat and wait about 5 minutes before use. 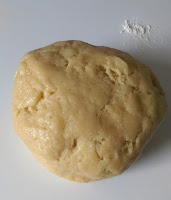 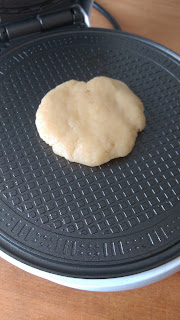 Preheat the waffle iron. Knead the dough and divide it into balls of about 50 grams. Press one of the balls into the waffle iron and bake it until no more steam escapes and the waffle looks golden brown. Carefully remove the waffle and use a round 10cm cutter to give it a nice round shape.

Cut the waffle in half as soon as possible, if it cools down too much the waffle will break. Put the caramel onto one of the waffles, add the other half and set the waffle aside to cool. Check if the stroopwafel has the desired thickness, mine were a little thin so instead of cutting the waffles in half I used two waffles. Repeat until all the dough is gone. Ran out of syrup? Make waffle cones out of the remaining dough. 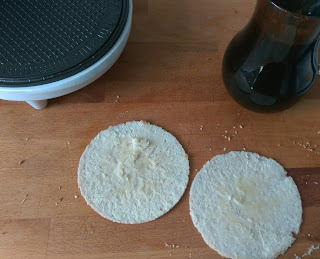 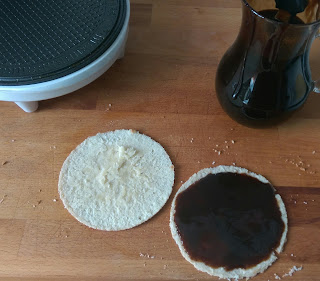 Store leftover syrup in a tightly closed canning jar in the refrigerator for up to a month. Try it with ice cream, waffles, pancakes..

The Dutch don’t like wasting things, so even the crumbs and failed waffles are eaten or added to ice cream and desserts. 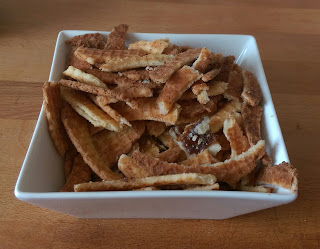 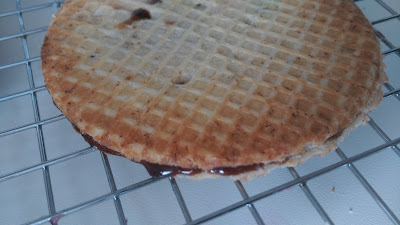